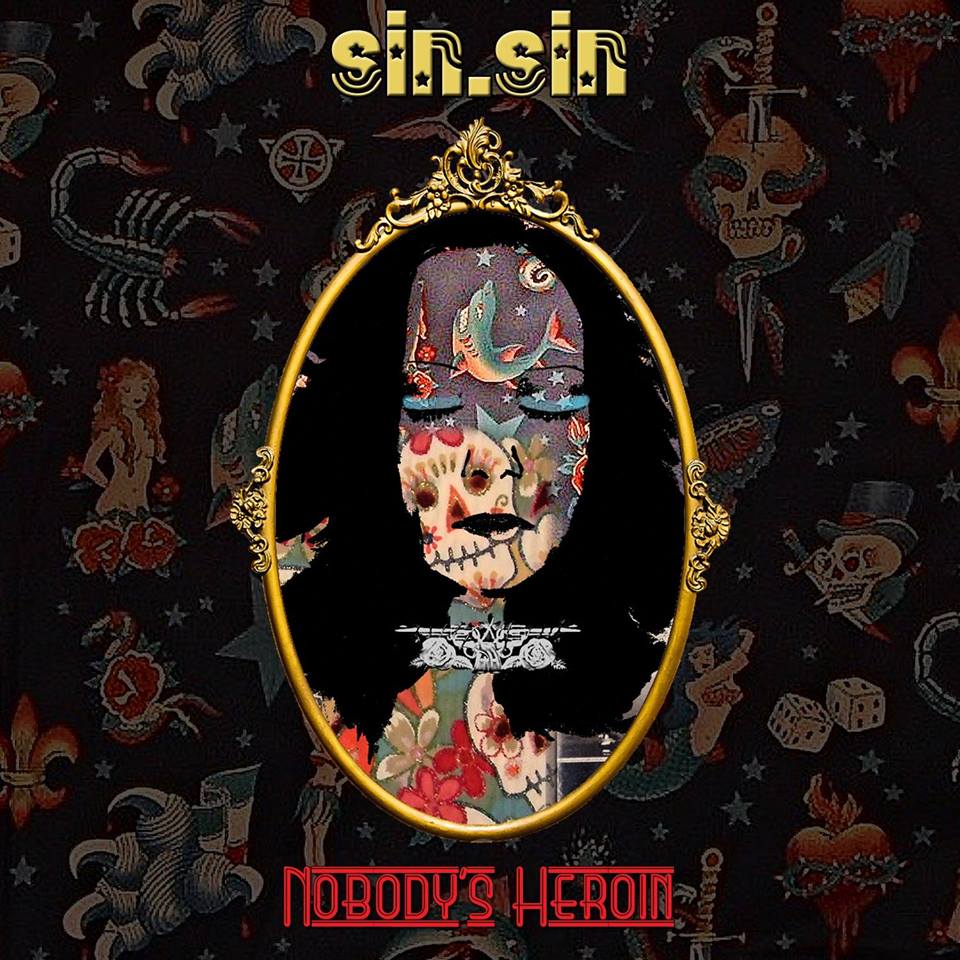 I just reviewed the new album and before I decided to release the review I felt the urge to ask some questions. It helped me with the review and was a nice and clear chat. I hope this helps you discover one of our talented women of the Belgian underground scene.

Kristell, if I got it good, you started your career with Skeptical Minds or did I miss something ?

Hello ! I founded the band Skeptical Minds with Vincent Lacrosse in 2002. Together we composed the album RENT TO KILL, while Michel Stiakakis added guitars. We played lots of great fests back in time (Metal Female Voices Fest, Rotonde Festival, …) but there were tensions in the band and the 2 founders decided to leave in 2007. The actual Skeptical Minds hasn’t much anything to do with the former band.

After that you started up Lovelorn Dolls, how did that happen?

I wanted to go goth again. I met Bernard and, just like with Vincent before, we had that magic musical relationship: no need to talk, it goes smoothly. He was a big fan of Skeptical Minds “era Kristell” so he was also happy to collaborate with me; we were lucky to find each other.

You collaborated with a lot of artists too, afterwards: PSY’AVIAH, AIBOFORCEN, JUNKSISTA … For those who missed it, can you explain it a bit?

We are signed on the record label Alfa Matrix, and that’s what they encourage you to do: to collaborate with music colleagues. So they do remixes for you, you make remixes for them, you learn to know each other… it’s lot of fun and very clever from the label. I have some special “acquaintances” with Psy’Aviah, Helalyn Flowers and Junksista, probably because of their female singers!

Recently you decided to start up SIN.SIN, why?

Actually SIN.SIN is not new, it’s a project I carry since 10 years. I first tried a live formula 10 years ago but I didn’t feel right with it, so I stopped it, then I focused on Lovelorn Dolls, but I was still writing my own songs on my side. And 2 years ago, I decided to release an album on Alfa Matrix, to give a public life to my songs. Hope they can find their audience.

I suppose you choose the double name for a good reason?

A double sin is better than one, he he.

You tried out different styles, which one feels like best fitting?

I think the goth one still fits me perfectly. It has to do with my character and my personality. I’m melancholic and hyper sensitive, I like fantasy and mystery. I like to create my own unique world, because the world outside is too harsh.

You also told me that you would love to join a folk band, how do you see it? Knowing that the Benelux has lots of cool folk bands like Rastaban, Cesair, Hellequin, Acuus Vacuum …

For the moment, I don’t see anything, it’s just a thought, a fantasy… who knows?

Do you see yourself playing one day during the Trolls et Légendes in Mons one day? Or is there another festival you absolutely dream of?

I don’t have any musical project fitting Trolls et Légendes, so I don’t think about it. I’d like to play again FEMME Festival in NL, or go play in Germany for Mera Luna.

You called your last album Nobody’s Heroin, why this title? I can’t suppose you are nobody’s heroin as you can be an example of a self-made women who works hard to get somewhere in a world filled with sharks and other evil?

My album is centered on me, my feelings, my family and my youth. When I was a teenager, I wanted to be a rockstar, I imagined to be a very famous kind of rockstar. The title of the album is my answer to that teenager : you are an adult now and you’re not a very famous rockstar, but that’s ok, you made some good stuff in music anyway. You can be proud of you.

I’ve known Helalyn Flowers since years, as a fan. I was very excited to enter the same label than them. And of course I wanted to work with them, at least for a remix. Max made a remix of Purple on the first album of Lovelorn Dolls, and that remix is amazing. It’s as good, if not better, than the original song. Then, we asked him to produce our 2d album, and the collaboration was wonderful. There was nobody else that I wanted more than him as producer on my solo album. To perform a duet with Noemi Aurora is a unique chance, and our 2 voices mix well on “Blacklist”.

I described your voice mostly as coming close to Sylver (aka Silvy De Bie), seems like I made you discover this band. How do you feel about it?
I’m still learning about Sylver ! Sounds and looks nice! There are so many talented bands out there!

In Mother you get very personal as I know you lost your grandmother. It also feels like an emotional struggle with all that follows the death of a beloved one, right?

I played that song at the funeral of my grand-mother. It was really a hard time. Music allows you to express your pain and your grief, so that’s what I do, and maybe it will help others too.

I am So in Love is the opposite feeling: o so happy and positive. This song made my day and I suppose it also reflects personal feelings?

It’s a complete fictional story. Not that I never fell in love but here there is a second side of the story. It’s not that happy actually. In the lyrics, the “so in love” girl is harassing a guy that she wants to date. She’s following him, she wants to prove him they’re made for each other. It’s not a good way to seduce someone. It’s a happy melody but she’s a bit crazy.

Another great moment was the multi layered, fragile and beautifully sang Sunlight Boy. Can you say something about this one?

That song is dedicated to my son. I created a sort of lullaby that you can sing a-acapella and that doesn’t need a lot of instruments in the background. He inspires me so much and gives so much joy in my life ! I did the same for my daughter with the song “Euphoria” on the first Lovelorn Dolls album.

The album has 9 jewels and one lesser track (in 2 versions), how did Breath of Life end up reworking it and I’m talking about Moving Sands. I hope you excuse me for being a bit harsh about the chorus?

This is your opinion and I respect it. The Breath of Life didn’t have any problem with it, neither do my producer Max or myself. They made a nice and surprising folky version of it, and I’m proud to have them on my album.

I will first see how welcome is SIN.SIN, and if there is more place for this project in the future. Meanwhile the 3d album of Lovelorn Dolls will be out in January 2018 and we are really looking forward to it. Busy times ahead !