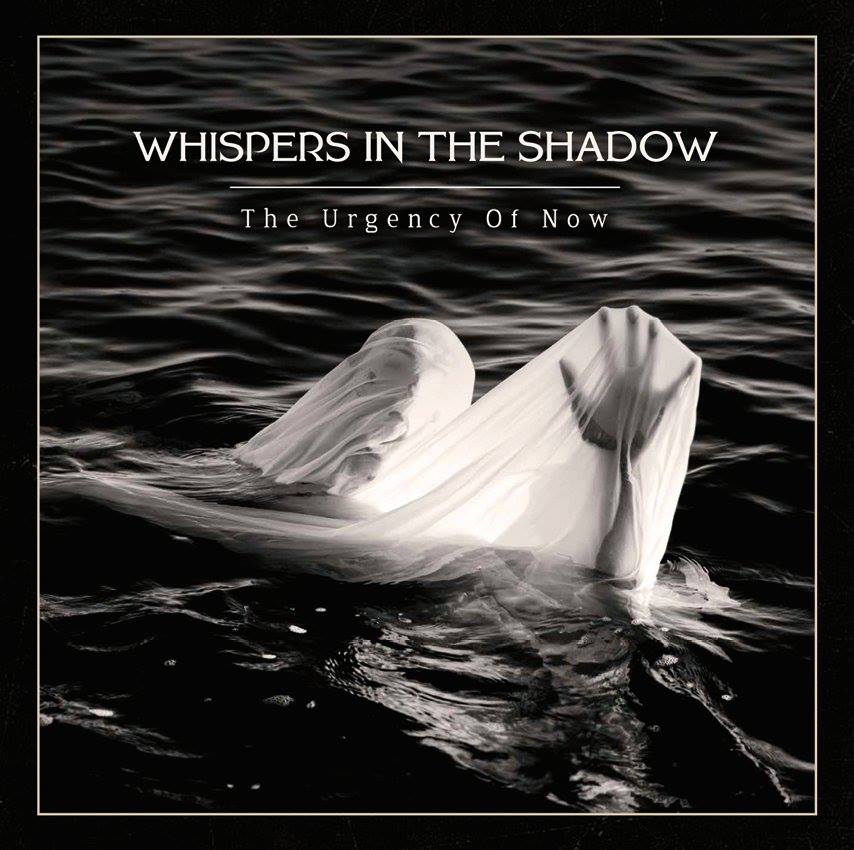 Interview with Ashley Dayour about the new Whispers in the Shadow album, track by track.

Whispers in The shadow has a new album. It has become a great one as the second single is simply their best track ever it was time to unveil the stories and meanings of the tracks and Ashley Dayour was so kind to unveil and tell us all about it, track by track: THE URGENCY OF NOW (Solar Lodge).

Ashley Dayour: In times like these, you do have a certain kind of responsibility as an artist to your audience and to yourself. It’s important to speak up for the freedom of humanity and art. It’s almost negligent to sit back and just see what happens next, as if all this is nothing of one’s concern. One thing’s for certain, if we like it or not we are all sailing the same boat here, and it is upon every individual if you, like the person on the front cover, are drowning in the sea of propagandistic fear or not. If we can make just one person think twice, this album has fulfilled its purpose.

I’ve been invited to write a bit about every song of the new album, about the stories behind it, the motivations and the messages (if there is such a thing).

We start with the opening track WATCHCRY:

WATCHCRY was, as a matter of fact, one of the first songs I’ve written for the new album.
And one of few that survived the first phase of song writing. All other songs I’ve thrown away because I wasn’t really happy with them. There is one interesting line in that track which I like to explain. “Remember his house by the lake? Remember the sound when it was burning to the ground?” This was indeed a reference to Aleister Crowley’s Boleskine at Loch Ness, Scotland which actually really did burn down. I thought this is a very nice metaphor to end our occult cycle period (The last 4 Whisper in The Shadow albums were interconnected pieces about “the occult” to keep it short). Doing so in the opening song of the album made a lot of sense to me. The rest of the lyrics are dealing with the idea that, if people do have a life too good, they start longing for conflict and war. A need for self-destruction.

A RHYTHM CALLED ZERO
is influenced by the well-known Yugoslav artist Marina Abramović. Especially by the performance Rhythm 0. Rhythm 0 (1974) was a six-hour work of performance art. The work involved Abramović standing still while the audience was invited to do to her whatever they wished, using one of 72 objects she had placed on a table. These included a rose, feather, perfume, honey, bread, grapes, wine, scissors, a scalpel, nails, a metal bar, and a gun loaded with one bullet. There were no separate stages. Abramović and the visitors stood in the same space, making it clear that the latter were part of the work. The purpose of the piece, she said, was to find out how far the public would go: "What is the public about and what are they going to do in this kind of situation?”

It began tamely. Someone turned her around. Someone thrusted her arms into the air. Someone touched her somewhat intimately. In the third hour all her clothes were cut from her with razor blades. In the fourth hour the same blades began to explore her skin. Her throat was slashed so someone could suck her blood. Various minor sexual assaults were carried out on her body. She was so committed to the piece that she would not have resisted rape or murder. Faced with her abdication of will, with its implied collapse of human psychology, a protective group began to define itself in the audience. When a loaded gun was aimed at Marina's head and her own finger was being worked around the trigger, a fight broke out between the audience factions.

I saw this as a great starting point to write a song about the tension and relationships between an artist and his/her audience. Also, about the responsibility and the respect which the latter should bring to the artist. It’s not that the audience or the fans own the art or the artist. Not in my point of view anyway. Because if you give them total control over what you do, you might get “killed” in one way or another.

THE URGENCY OF NOW
The first thing I had ready for the album, as it is often the case with me, was its title. The song was actually written very fast, one of this rare moments when everything falls into place very easily. The song, like the video tell the same story. How one should pay attention to the here and now, but how we all get distracted so easy. I think the lyrics speak very much for themselves with lines like

MORNING FALLS
Is, most likely, the most personal song I ever wrote. It’s about the passing of a close person, and what happened when I found out that this person is no more. I don’t want to go into further details. But I think everyone who has lost someone close can relate to this theme. It has been said by various people that the music provokes two things, some sort of nostalgia and the feeling that the song is “missing something”. Both things are intentional and exactly what I needed to connect the lyrics to the music.

SCAVENGERS OF TIME
Is the 2nd of the more personal songs on the album. It deals with a certain period of this band, the first few years, when we were living in a house at the countryside. Miles away from civilisation so to speak, with our own rehearsing place. There are a lot of reverences to things that happened there. It also deals with the concept of getting older, asking what is left from all these grand ideas one had as a very young person. But I think it is not a bitter song, it’s not a song about regret, quit the opposite. Even though having said that I do look back with some sort of criticism, but also amusement. It is a personal song indeed, but I think everyone can connect to this sort of things one way or another.

LAKE OF FIRE
This song has indeed some more occult references, but they are very well hidden between the lines. It’s one of the very few moments on this album that is sort of connected to the albums before. Lyric wise I mean. There is not much I can say about it actually; besides I used some nice metaphors. The phrase “Praying to the fishes in an empty pool”, is actually inspired by a song from Gustav Mahler, which I very much adore.

THE RAT KING
“Trumpets instead of flutes…” that was the line I had in mind when writing the song. Pied Pipers are out there again and they don’t even have to hunt for the rats to make them follow them. They are coming out of their holes again. Rats, which we thought are long dead and gone. We couldn’t have been more wrong. Now they just wear different clothing. Music-wise I was searching for a calmer sound, we needed a tune that didn’t have the up-beat feel. The Mandolin like Guitar sound came into mind when I tried to play the guitar like a flute. It doesn’t make a lot of sense when writing it down, but at that moment I thought, if a guitar would be a flute it would sound more like a Mandolin. Actually, it makes a lot of sense if you think about it.

DETRACTORS
It was one of the last songs I wrote for the album. My favourite lyrics of all the songs. It nails down the main themes of the whole album in less than 3min. Especially the first Verse:

“From a certain perspective, everything is true
Of course, I’m objective, that’s nothing new.
An absolute truth for the narrow mind
Which of course by that we always point to the other kind”

It has exactly that kind of twist which was very important to me. You know if you write about such themes you have to take care that you don’t become another preacher, that you don’t tell people what to do. Who am I to do so? What I wanted to achieve is to provide a mirror where I and the listener can look into. It is very important not to stop questioning oneself. Especially today. Otherwise you become a Detractor yourself very easily. I don’t have the answers. I just ask questions. And if this album makes just one of our listeners think twice, we have succeeded.

EXIT-GARDENS
Exit-Gardens is one of the key songs of the whole album. It is also one of the moodiest pieces we ever wrote. The key to the true meaning of the track is hidden within these 2 lines:

"Agenors daughter Kadmos is searching you!"

In Greek mythology (and it was the Greeks who invented democracy), Agenor was the father of Europa and Kadmos (actually living in the era of today’s Syria).
When Zeus kidnaped Europa, Kadmos was sent out searching for her, but failed.
The metaphor is pretty clear I think.
As a songwriter I always try not to get too obvious, it just makes the whole thing more interesting.

I might also take the chance to point you to an article about our video clips, written by Director Edie Calie. There she talks about the video concepts of the two singles DETRACTORS and THE URGENCY OF NOW. Go here: