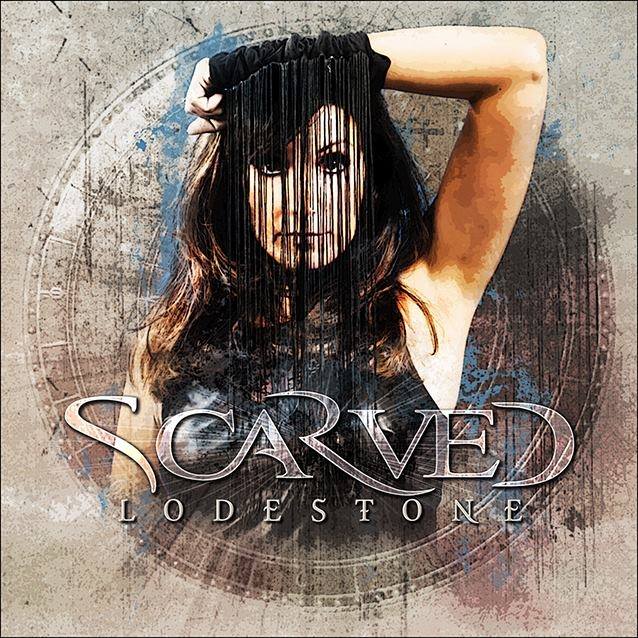 Interview with Scarved before they perform at Kraken Metal Rock Fest 6!

One of the bands who will perform at Kraken Rock Fest 6 is from Belgium. We already reviewed their latest album and now is time for an interview!

You all have a lot of experience, can you tell the people who don’t know you …

Luc: In the 80’s I was guitar player and bandleader of the symfo-prog-Rock band Tails Blue, with whom we had a record deal with Mausoleum Records. Later I was active as a guitarist with the classic-rock band Boogie Clowns as well as with The Rectifiers (heavy blues). With The Rectifiers we released an album from which some songs were used in the Belgian TV-series "Thuis".
Caro actually started her young career in the dance world. At that time she had a record deal with EMI as well as two hits (Music Satisfaction - Groove is in the heart). Soon after she switched to hard rock and metal, Caro sang in various rock-cover bands and was one of the first female singers of Nightqueen.
Vincent is our new bass player and can look back on a rich musical past. In addition to his work as a bass guitar teacher, he is best known as a bassist with Rik Priems Prime and Circle Unbroken.
Kjell is our brand new drummer. Despite his relatively young age, he also has a rich baggage. In 2008, as a 14-year-old, he did his TV debut on Eurosong For Kids (with Mystery Of Darkness) and he already earned his spurs at various bands such as Circle Unbroken and Cygnus Atratus.

Funny fact is that you met your singer Caroline Verboven at Graspop, she was back then the voice of K-Line (you already mentioned her hits). It sounds like a very interesting mix and a leap of faith?

No, that was much much before she was active in the dance scene, probably around 2001 - 2003. Caro always had rock in her blood but she got the chance to sing for the first time in a studio and write the songs together with a producer and she took that chance. It was an enormous instructive experience for her.
On the moment we met Caro at Graspop in 2011, she had just left the band Nightqueen and started singing in a coverband. But she wanted to write and sing self-written songs instead of covers. We started talking and our ideas were matching so we started to write a new album together that became our first SCARVED album DYNAMITE.

Why did you choose for the name Scarved? Bad memories?

No, not at all. Our idea was to find a band-name that would refer to Caro in one way or another. Caro 's name loudly "Caroline Verboven", so Caro came on the name SCARVED because her initials are hidden in it (CA - VE).

I love the guitars on the album, what are the specific guitars you are using?

Luc: My main guitar is an old Gibson les Paul. For some songs I use a Fender Stratocaster or Fernandes Revolver Elite. I play 2 Marshall JCM amps with 4x12 "cabinets in stereo, via a Line 6 Pod HD PRO X with foot controller. For the control of my talkbox I use a Hiwatt top.

If a national chairman of a certain sport asks you to compose or use one of your tracks for an anthem: what would be your favorite sport and track if you could choose? Do you play yourself any sport?

Caro: Yes I love sports, I go three times a week to the fitness and do some cardio and powertraining, I also love running, especially when the weather is nice! When I have to write a song for some sports I think I will choose football or tennis, just because I have a lot of family members who do that sports.

With LODESTONE you choose to record the tracks so that you can play them exactly the same way on stage, without cheating and using pre-recorded sounds. It feels like a natural way of working for you?

Luc: We strive to show all songs as "live" and honestly as possible indeed. However, this is not possible for all songs, so for some we also use backing tracks. For example, I can’t play bouzouki and guitar at the same time, and of course the strings in Heart Of Rock and Roll are also shown "live" by a backing track.

How did you end up signing Sleaszy Rider (a record company from Greece)?

Luc: Very simple, we had written several labels and they happened to be the label that suggested us the most interesting record deal.

What can you tell about the idea behind Toxic Rat Race?

Caro: Toxit Rat Race is about our new society. Sometimes we're being lived and don’t have time anymore for the little things that really counts. A lot of people want to reach a certain status, earn a lot of money, run and run and run, we are sometimes like rats in a cage who run around without a purpose...

Somehow I feel that Fighting For Justice is more than just a song about the bombings in the metro in Brussels, Zaventem and the shootings in Paris and other places?

Caro: Yes, you’re absolutely right. That was my inspiration to write that song. Luc send me the song exactly on the moment of the bombings in Zaventem. I was really shocked about what just happened and felt that I had to do something with it. I actually didn’t realize that it was so clear that the lyrics were about that subject.. Nice that you understand it!

Seems like you are also a big fan of Black Sabbath? Who else did inspire you? Iron Maiden, Janis Joplin … ?

Luc: Musically we are mainly inspired by the classic rock of bands like Led Zeppelin, Deep Purple, Black Sabbath etc. ... but also influences from eg Rush are hidden in our songs, as well as some influences from diverse of contemporary movements.

You will perform At the Kraken Rock Metal Fest 6. What can we expect?

Luc: A sturdy and energetic set that mainly includes work from our last album Lodestone, but also some songs from our first album Dynamite. This performance is also the baptism of fire for drummer "Kjell De Raes" and bassist "Vincent De Laat", as they will play for the first time live with Scarved.

Where will you play this summer, doing some nice festivals?

Luc: As far as festivals are concerned, there is not much going on this summer. Due to the changes within the band, we had to keep the boat off and now all line-ups for this summer are already full. However, there are a number of festivals where we're still programmed as a reserve band.

Are you working on a new album?

Luc: Yes. The songs are now as good as done and shortly we will start with thoroughly rehearsing those songs. The intention is to move into the studio this summer.

How do you want to conclude this interview? Any last words?

Caro: About our gig on Kraken: It's going to be a 45' long rollercoaster ride!