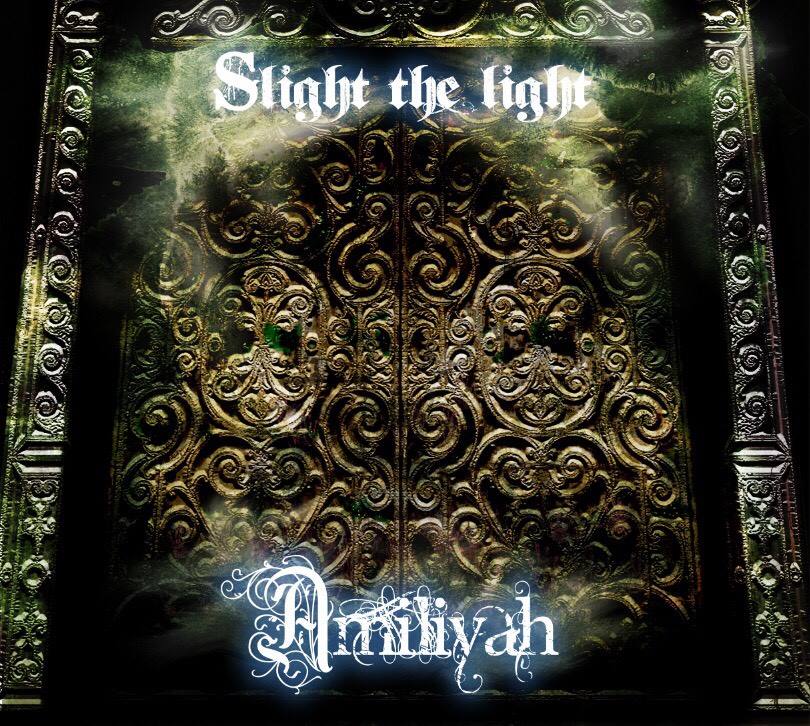 Interview with Amiliyah from Japan

A while ago I reviewed an album from Amiliyah. As I liked it I started an interview. It took some time, but I can say I'm pretty happy with the result.

Can you tell me, where does the name of your band come from?
kimi：I was able to buy a French doll in my childhood. In that shop, it was a system of picking a lot of dolls for myself and giving a name on
the spot. The name I immediately gave to the doll was Amiliyah. One day, a long time passed, I learned that there is a place called Amiliyah in the Middle
East. There was a bombing place despite being a shelter. I felt fate in the connection between the sad event that the things to be protected were destroyed and the name named by chance.

You are from Tokyo, how big is the metal scene?
kimi：In Tokyo, music of various genres is overflowing, so I think that it can not be said that the metal scene is big in it. Our music is described as including various genres such as Gothic, Symphonic, Industrial, Electro, Japanese Pop etc. In other words, Amiliyah is the only genre called Amiliyah, and at the
same time, I think that it is also an existence that spans various genres. I am hoping for an environment where you can listen broadly without being caught in the frame.

How did it all start for you?
kimi：Me and Wester (Bassist) met and this story began to move. I've been doing what I have planned in a way that Wester, the other members, and the competent collaborators around me realize.

What inspires you?
kimi：I was a child who often watched movies and read books. I take a lot of inspiration from paintings, classicals, natural scenery etc.

I don’t know much about Japanese bands except Ancient Myth and Satsuki, so I suppose you know these too?
kimi：I'm friends with Ms.Michal of Ancient Myth. She cooperated for an art work of a CD jacket from the 2nd album. Regrettably, I have not met Satsuki.

What are the biggest metal bands in japan?
kimi：There are lots of great bands, My favorite band is X JAPAN.

What makes you special, what makes your band better than other bands?
kimi：Amiliyah has its own story: like a feature film. It is reflected in the lyrics. We do our best to get the story become real when we perform it on stage. Of course the members also have their stories as characters. Amiliyah's live evolves like a movie. Our show makes it possible to enjoy diversified live: houses like a haunted house and a theme park.

In our 1st and 2nd album, the princess who is the beginning of the story, expressed the feelings when she was being caught in the high tower, from the high tower to the point where she is helped.

The third album has a story of the dark kingdom.

In the 4th album (a continuation of the story of the Kingdom of light), we recorded a song focusing on the hope and anxiety of the princess who travels with the monster, releasing both the story of light and dark at the same time of the worlds shaped. Every album contains a personal story of each monster. Listeners can think about the secrets as there are of plenty of secrets, hidden fun and solving mysteries.

Who did the artwork? Can you say something about it for those who still have to discover it?
kimi：Basically it is all my idea. We have created it as an excellent collaborator.

Who made your clothes?
kimi：Everything is my idea.

Can you explain us who is which character and who stands for what? What’s this map about (in the booklet)? It looks a bit as if it’s part
of the Lord of The Rings story?
kimi：The map is the world of Amiliyah. It may have the same image as a classic story.

It doesn’t happen much that metal bands mix metal with electronica and breakbeats, so why are you doing it and do you know The Unguided (as
I used it as a referral)?
kimi：The way we make songs is made by all members, so it is easy to become a special one reflecting each background.

What is the song Samsara about? Is it a place, a name …?
kimi：The title of the song is a word and is a symbol. This song "Samsara" is a secret of the monument which is one of the hints for finding marks of God. It is a mysterious song that sang such as wonders of life and circle.

Is shine a hopeful song, giving the album a nice ending of am I wrong? How is the story?
kimi：It is a song full of hope before departing.

Any plans of coming to Europe?
kimi：We have not concrete plans yet, but we would like to go to Europe.

What will the future bring? Your biggest dream?
kimi：I want to make a lot of people crazy about Amiliyah. It is a story in the wish of fundamental peace of the world.

Can you say something special to conclude this short interview?
kimi：I am pleased that you are interested in us. I write lyrics carefully about the deep meaning and reverberation of
Japanese words. However, I want to think about the meaning of lyrics beyond the difference of languages and means that can convey the contents of the story.