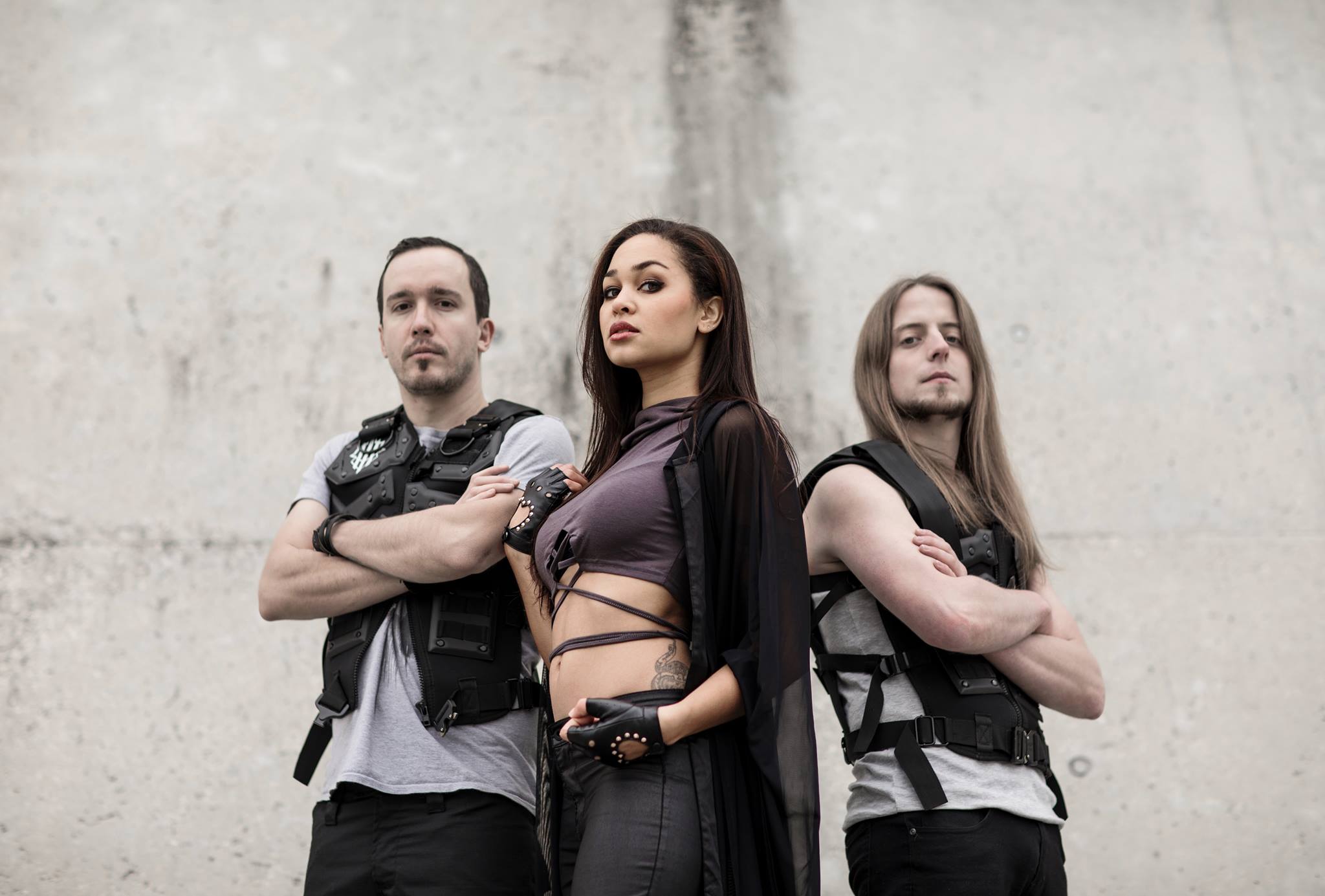 Rage of Light will Rock you: an introduction interview will declare why!

Rage of Light releases their first album and will play in Belgium, the 4th of May in Ittre. This Swiss female fronted electro/metal band will rock you and it's going to be partytime too!

You present your very first album, how does it feel like? How hard was it to get it done and find a record company?

It’s very exciting to finally present our first album. We released an EP and a couple of singles in the past years and we have been asked several times if we would create a full-length album. Now that we are about to release it, we are very impatient to see how the people who’ve been following us as well as people who will discover the band with this album will receive it. Regarding the record company, we were not searching for any to be honest. But when the offer came, we took it. We see it as a big chance to spread our music.

What’s the story of the band’s name?

The name represents the contrast between the heavy and powerful metal riffs and the trance touches, the harsh and the clean vocals. To summarize, the different colors you will hear in our music.

I see a lot of clips from the start with covers, was that the first idea?

No, the covers were always a bonus. Rage Of Light is definitely not a cover band. We just like the challenge of turning a song (pop or metal) into a Rage Of Light version of this song.

It’s pretty amazing to hear you sing a Lady Gaga cover, how come?

Why not? Haha! We are huge metal fans but we also like other music genres. I remember we were sitting in Jon’s home studio, listening to pop songs on YouTube in order to find the next cover challenge when suddenly, this song came to our mind. And this was it.

Pretty funny is your version of the Aqua song Lollipop. Was it ment as a joke or do you perform it on stage?

At first it wasn’t meant to be played on stage. But when we started rehearsing for our live shows, we decided to include it in the setlist. We already played it twice and the audience loved it! Many were dancing and singing along. Unexpected and very fun!

How did you decide on the way you will sound?

Our sound has been created by Jon, in 2007. One day, he decided to compose a song mixing two music genres that he likes: metal and trance. A few years after, he started composing more songs sounding like the first prototype and decided to ask Noé and I to record an EP. At that moment, I would never have imagined where this adventure would be today!

There are tons of metal bands, what makes you rise above them masses?

It is hard to say exactly what opened some important doors for us. In my opinion, releasing several music videos per year since the very beginning of the band and a lot of visual content beside the music helped building a fanbase and being « always around ».

Who did the artwork for the album and how did you decide to go for it?

The artwork was made by Gustavo Sazes. We knew him for his work with other bands and we very much liked what we had seen from him.

Why is the title track and instrumental? I must say it’s a pretty unique thing.

Yeah, you got it. That’s pretty unique… haha! We discussed about it a lot and then we decided to go for this name because it fits the atmosphere of the entire album, it’s simple, catchy, and because we knew people would be surprised. We love surprises.

When I checked The Fallen video some people commented that the vocals needed to be remixed as and here I quote: “Vocals are overpowering the band”. How do you feel about this kind of comments?

When your music is released on Napalm Record’s channels, you automatically are compared to bigger productions with much bigger budgets. And you have to accept it and see what can be improved in the future. However, we also saw that many people disagreed with this opinion and we received many good feedback on this song. We will see how the rest of the album will be welcomed!

Can you say something about the lyrics of Battlefront? Where is the story located?

The lyrics of Battlefront were written by Jon. You can interpret them in many ways, they describe an inner battle so to answer your question regarding the location, my answer is « in your head ».

It’s really done with a lot of variation and not only in the music (from techno to metal-, but also in the vocals! It goes from soft and emotional (Julia Beyer, Silver) to raw (Nervosa). How do you make it blend in the studio?

We usually make several demo versions until we find the right amount of soft/harsh/powerful/… vocals. We really thing about every single part of the song and just try what we have in mind. A bit like in the kitchen when you add a bit of salt, a spoonful of curry…

I really love the Amon Amarth cover, did the band gave any feedback on it? What are the fans saying about it?

I don’t remember having seen any feedback from the band, I don’t know if they heard it. It was a risk for us, covering the mighty Amon Amarth. It could have ended up very badly, but in the end, it became one of our most heard and appreciated songs and many people discovered Rage Of Light thanks to it.

You also have really cool video’s. Who comes up with the idea’s and the locations for it?

Jonathan is the man! He finds the locations, writes the story boards, films, creates the music video… Basically everything!

Melissa: I noticed you have some tattoo’s. What are they about?

Oh, there is not much to say about this. I have birds, flowers, trees and animals tattooed on my body because I love nature and I like tattoos. I also have some words that make sense to me or helped me focusing on things that are important for me.

Can you also say something about other projects you worked on and are still working on? Seems like you really love to do a lot of things?

I am currently working on Ad Infinitum’s debut album. I’ve been working on it since a few years and now is the time to release it! The music is completely different than Rage Of Light, the theme as well.

Besides, I have the chance to hit the stage with Serenity and Warkings as a guest vocalist. I love being on stage, travelling, and learning from bands who have much more experience than I do. I learn a lot and the guys from both bands (and crew) are such nice guys that I always have a wonderful time on the road with them!

If you could do a worldwide tour with a band, who would you pick out if you just have to make the call? And why?

Hard question… The best combination I have in mind right now for Rage Of Light is Follow The Cipher. Beside the fact that their music and ours would be a perfect match, these guys are amazing musicians and adorable people. It would be a pleasure to travel the world with them!

Soon you’ll play in Ittre, in Belgium, have you played in our country before? What can we expect? What will the future bring?

It will be our first show in Belgium and we are very excited about it. You can expect a majority of new songs and for sure our favorite releases. The future will certainly bring us back to Belgium later.

Any last words? Something you absolutely want to talk about?

Although we anticipate that our Belgian fans will try to make us believe that Swiss chocolate only wins the second worldwide position, we very much look forward to meeting them!