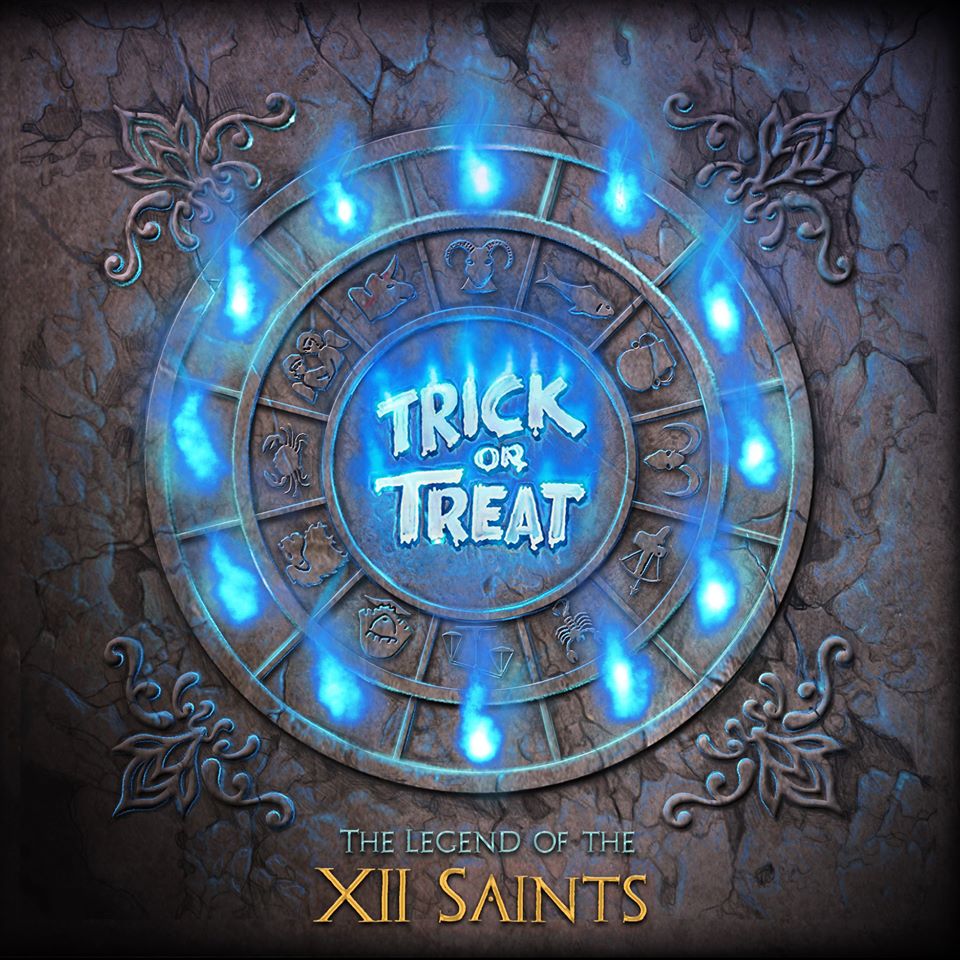 interview with Trick or Treat about their dedication to the Legend of The XII Saints aka the Saint Seya album!

When your love for anime and love for heavy metal becomes one you are in heaven and thus it was a must to interview Trick or Treat when they dedicated a whole album toe the story of the golden knights from the Saint Seya album!

You started years ago with covers from Helloween and got your band namefrom them (correct me if needed), why them and not another band?

Because it is one of our favorite band and so we tried to cover their songs, it was a nice approach of our different musical tastes, so the choice was easy.

You also took over the Let it go track (from Frozen), how was it?How’s the feedback? My daughter prefers a woman singing it but my son

We did it some years ago, at that time my daughter listened to it all day, cause she saw the movie and we see people literaly going crazy for that song, so we decided to have our power metal / funny version. In fact I believe that song has a really breakthrough melody and great arrangement. The feedback was unexpecting great, and we played it live a lot of times.

All the video’s you launched so far really look great, even the lyricvideos. How do you manage (as you sometimes produce them like as if

Thank you! Actually we made a new videoclip to be released very soon and I think the final result is amazing. We worked a lot with Domenico Guidetti, a close friend and brilliant film director, (he made almost every videoclip of the band) making a sort of mini movie to take the listeners to a new level.this time we decided to release also 12 lyric video, one for every gold knight, (realized for every zodiac sign entrance) because we also released one single per month for one year on digital platforms, so the choice for the lyrics was due. it’s not a secret that music moved into digital world, so we tried this way to share little by little the progress of the album with listeners.

Re-Animated was your previous album, how did you get the concept and arethere other songs you would have wanted to add to the album?

This was an album made for our fan only, cause we covered many cartoon themes from the late 80’s to present. they asked us a lot of times to do that, so we decided to do it with a crowdfunding campaign. Naturally there would be some themes we wanted to add, but who knows…maybe in the future we could release another cover album, anyway the priority goes to our own songs.

Last track on that album was the Saint Seya main theme, was that thesong that triggered the newest concept of your actual album?

Yes maybe. Anyway we are “Saint Seiya” fans from the beginning, so we always wanted to put in music some of that good vibes. The story behind the characters is really full of details and I can say that we really enjoyed every second of it when we were young and light-hearted and also now.

Was it hard to get clearance from MASAMI KURUMADA? What does he or thepeople behind it think about the result?

We don’t know yet. We just hope he/they will see it as tribute from Trick or Treat to his/them incredible work…and if they had chance to listen our new album hope they like our songs and the analysis of the character.

I was a kid when I first saw the anime (on the French Television, as itwas impossible to see it in Belgium), how did it happen to you? When did you discover it?

In Italy “Saint Seiya” was on some local TV in the beginning of the 90’s (when we were kids) but it become one of the most popular cartoon soon, so it was transmitted a lot of times.

What is your favorite persona within the world of Saint Seya and why?

Maybe Hyoga (cygnus) as bronze knight, i always liked his character. But i think Orion (from Asgard chapter) is my all time favourite, I like his perseverance most of all.

For the Gemini song you choose for a duet with Yannis Papadopoulos, itsounds logic, but can you still elaborate this choice? In fact why not add the Pegasus, Cygnus, Andromeda etc. voices into the songs and letthem fight against the assigned Zodiac fighter and make some kind ofvocal fight out of it?

We really liked his works with Beast in Black and his incredible voice. it was the best choice for a two side face like gemini song. We didn’t added bronze voices cause we tried to show the point of view of gold saints.

The Pisces song was a bit soft for me but on the other hand the guy is anarcissist and parade’s with roses. How did you decide on the tempoand the genre for this one?

We wanted to show a different approach to that character so the song has some hard rock/hair metal influences. i think it match better with the character, beautiful but lethal.

When I reviewed the album I dropped the name of Manowar a few times,isn’t that a possible next orientation? Do you feel flattered or doyou want to smash my head for dropping that name?

I don’t know… they gave great contribution to heavy metal with their albums so i’m glad to be placed near a great metal band like them. In fact we tried to do some different solution that sometimes goes out of power metal standards, different atmospheres to fit better to various personality of every gold knight.

Is the next album the follow up of this one aka Odin’s World?

Sadly, we are all obliged to stay inside our home, but imagine there wasno Covid-19 what would be on your bucket list? How hard is it for youguys in actual life?

Really hard…all our gigs are deleted for 2020, so we are trying to push the new release through social media, hoping this situation will end soon.

Can I add one more question as I found out my Japanese friend SaekoKitamae is also working with you. Can you tell us a bit more about it?

Saeko is not involved in the Trick or Treat album. I’m the guitarist of her band, together with Alessandro Sala (Rhapsody of Fire) on bass and Micheal Ehre (Gamma Ray, Unity) on drums. Actually we are recording her come back album!

Anything else you want to close this interview with?

Hello guys, hope you enjoy our new album and stay safe and healtly…we will cheers together soon, more than ever!!! In the name of Athena of course.