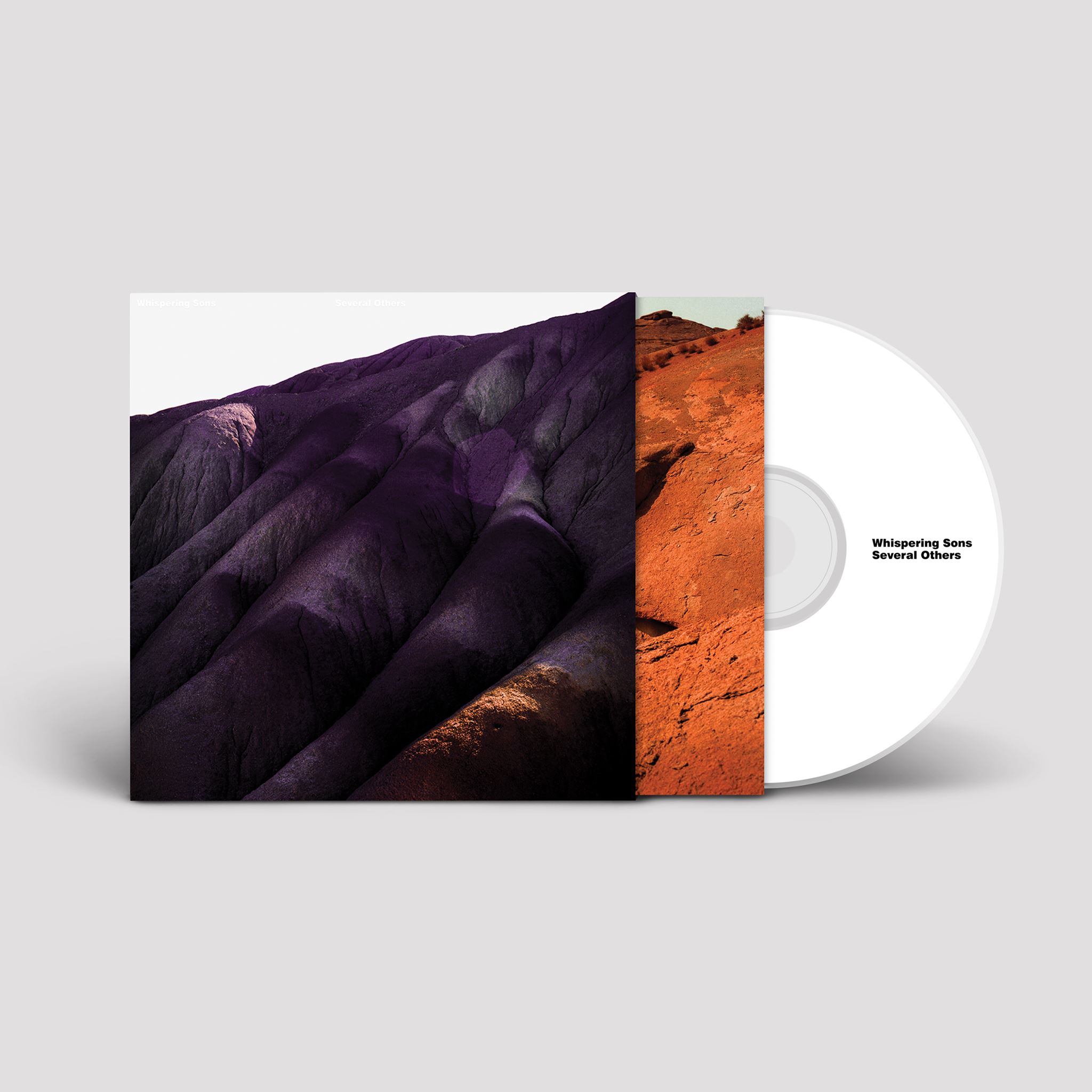 Belgian five-piece Whispering Sons return with the announcement of their much-anticipated second album “Several Others”. The news follows on the heels of their recent single Surface, which was released as a limited edition 7" and sold out of all 500 copies in half a day! Yup, it’s going very hard for them! The future looks bright again!

"Several Others" marks Whispering Sons first full-length release since their 2018 debut "Image", which saw them garner early support at press and radio as well as tallying up millions of streams for their dark and unique blend of experimental and frenetic post-punk. Similarly, prior to lockdown, their infamously ferocious live shows had also seen them begin to firmly cement themselves as a must-see live band playing alongside the likes of The Murder Capital, Patti Smith, The Soft Moon and Croatian Amor, as well as touring across the UK and Europe with the likes of Editors.

Opener Dead End was initially written as a tension-ratcheting opener to a live setlist. You will adore the slow building up and the cool bass sound. Fenne’s voice sounds as deep and dark as ever and the sharp guitar sound seems to fight with her voice. The lyrics are almost auto-destructive: sharp, dark and auto-biographic (wanting everything to be perfect and being very critical about yourself and thus almost destroying yourself). Heat has a higher tempo and sounds like ready to fire up and audience! I adore once again the bass and the lead guitar. It’s really hard to stand during this song as it screams to start moving like Fenne once she’s on stage and the band starts to play. I adore the explosive sound towards the end! The bracing (I Leave You) Wounded began as an experiment to create the tensest song they could with the least amount of instrumentation. I can only confirm that they succeeded! With this they also deliver 3 completely different songs in a row (and that is blocking lazy journalists who say they produce the same songs over and over). Just listen to the sound of the synth! Even Fenne’s voice sounds a bit different in here. Vision has a clear 80’s guitar sound with a very dark synth sound on top. The tempo is pretty low, but the overall feel is pretty dense. I also have a feeling that this one will be a real hit on stage, for sure if you keep an eye on Fenne and go along with her. The more the song progresses, the more it grows and the stronger it gets. The bass is as succulent as ever! Screens could have been a more recent Nine Inch Nails track: mixing a synth piano with industrial noise and a very deep voice. Flood is a very dense and a eclectically song driven by the drums and the electronic part. It’s like a whirlwind that is slowly getting stronger and will destroy it all towards the end. Deeper down the dark and scary road is the song called Surface. You really can’t stand still during this one and want to imitate Fenne the way she acts on stage. It’s yet another highlight on this album (just like every previous track). Aftermath starts with the feeling you get after a great show: you didn’t sleep much as you still had the energetic feel in you as you slowly wake up and need a strong cup of coffee. And yet again it’s another kind of song as the other ones on this album! With this song they returned to a track they’d written for their last record but couldn’t do justice to without their new, more sophisticated palette. Satantango has the focus on the bass and the electronics and gets a very hypnotic feel. Surgery starts almost like as if it’s the last outburst from the previous song! It’s a bomb: hard and energetic! It feels like as if the last 2 songs are ment to be played on stage one after the other and close down a regular set in order to end with a big blow!

WOW: this was a blast and better, harder and faster (with way more variation) as the previous stuff they released! It’s clear that this band is evolving in the right way and keeps on working hard. Let’s just hope it wont suffocate Fenne towards the future now that we know her weak spot: perfection and living for that!It's the best album from Belgium in 2021! Take note of that!