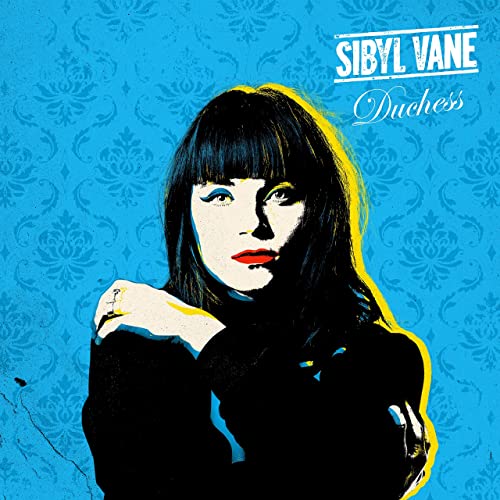 Sibyl Vane is a female fronted alternative rock band from Estonia who released their debut album Love, Holy Water & TV in 2012 under Latvian most successful indie label I Love You Records. After that they played almost 200 shows mainly in Baltics, Finland and Sweden from small clubs to main festivals (Positivus, Summer Sound, Love and Anarchy, Art Goes Kapakka) in their region. This piece built their reputation from local scene to border crossing sensation. Partly because of the uncompromising energetic and powerful live shows.

The music in their first album has been described as somewhat genre defying with hints of shoegaze (Ride), indie post-punk (think Theatre of Hate, Jesus & Mary Chain or The Sex Gang Children) or just accessible punk. With driving guitars, an eerie atmospheric sound, distinctive vocals and a tight as a gnats arse rhythm section, they are the real deal in rock scene.

The Second one, the black and white self-titled album was more insightful, mature and differed. Sibyl Vane’s singing guitarist Helena Randlaht says, that the nameless album gives listeners the opportunity to give this album meaning they sense. The sound of the album darker and severe.

I reviewed all of their albums and loved them. It’s more then normal that I reviewed their third album! Heiko was also so kind to contact me as he pointed out that I was apparently the first one from outside Estonia to write about them. But the credits should go to the Record company: I love You Records as they send me their first album and got me hooked on their sound!

The album begins with the song Thousand Words, which was ranked fourth in Estonian Eurovision Song Contest “Eesti Laul “ back in 2017. It’s a very happy sounding and poppy kinda track. Check out the video too! Helena sounds more and more like Gwen Stefani (No Doubt) whilst the music has also a touch of Jesus & Mary Chain (the hoovering guitar sound). I love the bass as it’s very clear and upfronted. I know that bass players don’t always gets the credits needed, so here we go: well done! It’s a cool track that brings in the sun and the feeling of blooming flowers in spring. It’s feels like the right track in Covid-19 times! The other nice thing is the trembling feel in her voice (like the Depeche Mode voice, but then in a female version), it even has something erotic.

Go Baby Go also sounds like a happy spring song (despite the lyrics) that opens itself to you slowly. Be ready to jump up and down, throw your arms in the air and let yourself go.

I Want You is not a cover but a rambling track with a clear message and guitars that demand to be played upfront. Helena’s voice goes up and down (and sometimes even pretty high, but during a very short time). It’s clearly a track filled with lust. We go further down the love road with Love Department (at some point the lyrics remind me a bit of Friday I’m In Love from The Cure). Boy or a Girl is a great song according to my daughter as she came to tell me in her spontaneous way. Once again it’s a track with a high happy feel. If I got it good it’s about pregnancy and guessing if it’s going to be a boy or a girl. White Trash is a soft and acoustic track. They slowly build up the track without loosing the sweet sound. It feels heavenly and magical (despite the title of the track). S.O.M. introduces a trumpet and a more rocking sound. Towards the end the song explodes a bit more and gives you an energetic boost and the vocals change into some kind of siren singing. I Was A Good Girl starts like a rock song, but slows down after the outburst, before exploding again and again with a No Doubt feel. I like the bass and the bluesy sounding guitar. The vocals are as excellent as always. I Hate Summer could have been renamed I hate spring for me as I’m allergic to spring: sneeze all the times, burning eyes and painful lungs but apparently the band hates summer (holiday times, hot weather, …?). I think I have to start an interview to know more about this song. Lovely Crimes announces the return of the trumpet and a more rocking sound but with a touch of sweetness. I Don’t Drive is one of their single’s and from the first notes you get the idea that it’s indeed a good choice: a poppy and happy track where you start to dance and live on the delighted spring feeling. The trumpet adds more pleasure and the lust to start dancing in a very happy way. Last track is the title track of the album: Duchess. Once again I think I hear the trumpets. Next to it is the sweet sound, an acoustic guitar and a positive feel. I adore Helena’s vocals It’s a happy end of a very happy and good feeling album.

This new album is what I would call a spring album. It gives you the extra vitamins needed after a long and dark winter and drags you out of the Covid-19 shit and gives you again positive thoughts and hope! Aïteh Heiko Leesment and Sibyl Vane!