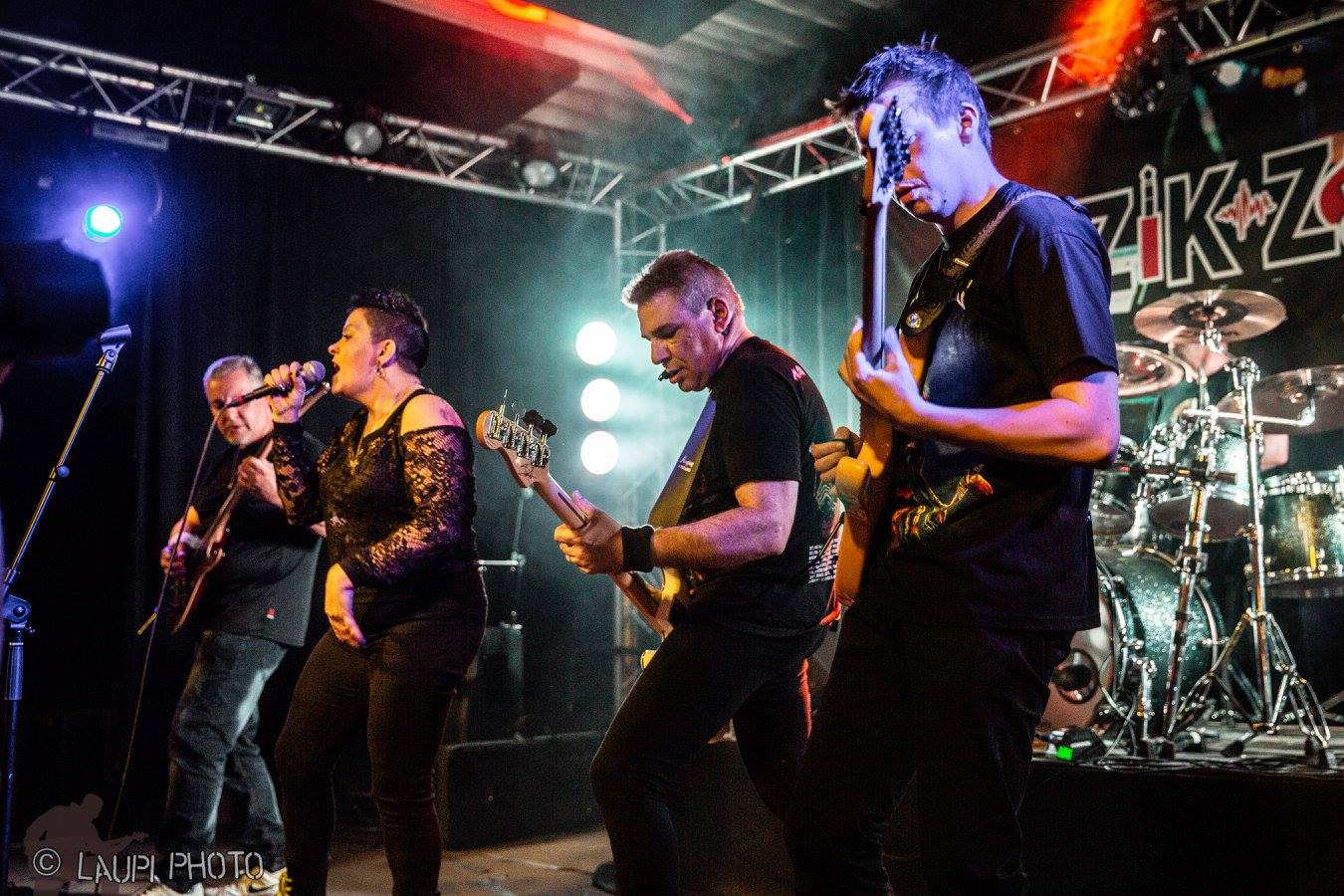 Allience Plays Iron Maiden introduces themselves as part of the promo for the Kraken Metal Rock Fest 7!

Kraken Metal Rock Fest 7 is a cool fest, not expensive at all and you'll see a lot of great bands! One of the bands is an Iron Maiden cover band. An unuasual cover band If I might say so, but I'll let you decide for yourself by reading it all underneath:

Can you introduce yourself to the people who still have to get to know you?

First Allience is a band with progressive metal compositions. For 5 years we played them here and there but without meeting a little "aura" from the people who were present during these gigs.

Thomas on rhythm and lead guitar

Since 1983, we have seen each tour and each festival where they were present in Belgium, in France but also in UK at the Sonisphere Festival, Knebworth 2014 .

Why have you chosen to perform only Iron Maiden tracks?

We have introduced in our play list some songs like The Trooper, Where Eagles Dare, Wasted Years and the result is immediately felt. Fans of Iron Maiden since the start of NWOBHM, we decided to devote ourselves exclusively to a cover of this sacred monster.

For some it will be strange to hear a women sing these songs, how did the fans react so far? Did Iron Maiden themselves already react to your performances?

Well, obviously it is not frequent that a woman finds herself singing Maiden especially Bruce Dickinson. Chemma is well placed for the fans who follow us. I mean that they will always remain purists but the main thing is to convey the energy of Maiden.

No member of Iron Maiden has ever contacted us. For us it remains in the logic of things, they have other things to do.  Lol.

Is there a reason why I don’t find a band page on Facebook? I just found a connection for a fan group?

What are your favourite Iron Maiden tracks?

Eric Says : There are a lot of Maiden songs that we like. Depending on the instrument you play, some songs contain parts that are more pleasant to play than others. For my part, Hallowed Be Thy Name; Aces High; The Trooper and The Number Of The Beast are among my favorites.

Question for Thierry Paglia: not only you play in this band, but you are also part of the Kraken Metal Rock 7 crew, how is it going? How did get involved?

Kraken Metal Rock Fest is born from an idea of Jamie-Lee Smith .

She is Sylvie's daugther. I have talk with her on FB, I met her mother Sylvie who is also my best friend and we did it together. Our first objectif was to play on a real scene with our respective bands Azylya and Allience one year on two but also to promote bands from Belgium, France, Swiss and now from spain.

This year, Thomas joined us as additional organizer to lighten the task of each of us and it is with great pleasure that we received it.

What are your personal favourite bands on the fest?

For me there is no favorite group just each of them will give the best on the stage and each will appreciate and make his own opinion.

How can we attacked more people to this great and cool festival?

First of all, thanks to people like you, longevity is the 7th edition and we still hope a lot. Then social networks are of great help and word of mouth which is undoubtedly the best method when the festival-goers find that it is about a festival of quality.

Does Alliance plays Iron Maiden have something to say to the fans and close this interview?

Allience Plays Iron Maiden wishes you a wonderful festival and Up the iron. See you there!