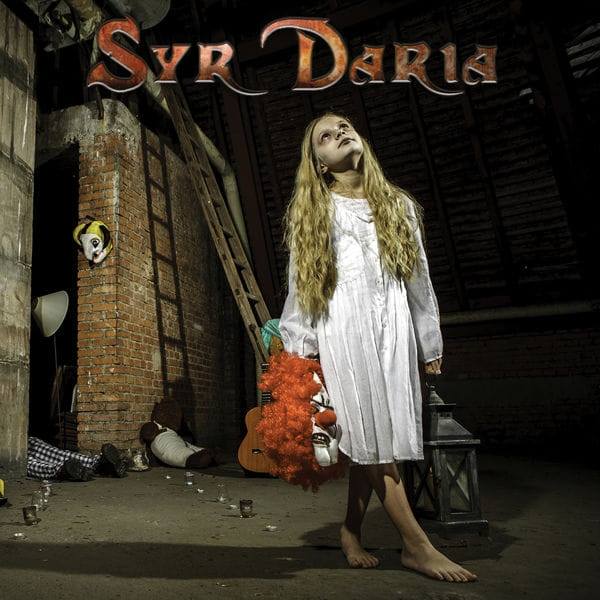 Syr Daria is a French heavy metal band influenced by Iron Maiden and Metallica. We interviewed them as part of our promotion for their passage at Kraken Metal Rock Fest 7! We are aware that it's not simple to plan anything towards the near future, but we keep on helping out bands and festivals in the best possible way and love to introduce other bands to you!

My logical starter as I’m always interested in the reason why a band picks out his name: You are named after a river in Central Asia, But Syr Daria actually come from France? So why this name?

Yes, The SYR DARIA is a river in Central Asia, symbol , frontier between east and west and it was the limit of Alexander the Great conquest… This river seems immortal, could help men for pacific or war interest … We like this idea of a river still here from thousands years and be the witness of men’s madness. And it sound nice, isn’t it ??

In November 2019 you released your third album, how are the reactions so far?

Very good, we’re really happy to see that in Europe, USA, we could read very nice review concerning “Tears of a clown”

You signed with Sliptrick Records, can you tell us how it happened and why them?

Today, it’s difficult to have a good deal with a music label, Sliptrick propose us to make the promotion of our album worldwide, so, for us it was the best proposal…

You wrote in 2019 a song called virus and what’s happening in 2020? A shocker? What was the reason to start writing about it?

I hope that all the subjects we are talking about will not come true! What was interesting with this theme is the questioning of the supremacy of the human over the rest of the universe. Opposing the most intelligent form of life on earth against the most insignificant and yet the most aggressive was a very interesting exercise.

Why a song like tears of a Clown? Where you inspired by The Joker?

The day I wrote "Tears Of a Clown", I did not yet know that a film retracing the "birth" of the Joker was in preparation. Another premonition? (lol)

It was a pivotal time in my life and I was wondering a lot about existence. I then became interested in depression. To the endless struggle against his own mind. I found this theme interesting and writing about it was my own salvation.

Elm Street is an ode to Freddy Krüger, but why?

Just like in the song "Hannibal" from our second album called "Voices" I wanted to talk about a big bad guy from my childhood.

But while looking at him from another angle, trying to understand his psychology. And, like Hannibal, who was in love with Clarisse, I wanted to talk about this kind of horrible love that Freddy felt for "his" children.

Well, we agree that it ended badly since it kills almost everyone (lol) but it's a facet of the character that amused me a lot.

Brother sounds totally different from the other songs, what the story behind this track?

"Brother" is a very personal song about the loss of a loved one.

It's always difficult to talk about such a common, universal theme that is, however, a unique experience for each of us.

"Losers' Club" is a special track. Inspired by the immense work of Stephen King "It" the lyrics of this song speak above all of friendship. Fear and immense courage that children can show when they are together. When the monsters are real and all that one can imagine can exist.

I really liked to put this group of children in opposition to the ultimate terror. And without wanting to spoiler, the children are doing well! (lol)

Who is Randall Flagg?

Ahhhhh Randall Flagg ... For me, THE most charismatic villain in modern literature !!! One of the central personages of "The Dark Tower" of Stephen King is the dark side of Roland, hero of this same work.

He returns repeatedly in most of King's books under various names and nicknames and is always where we do not expect him, ready to conspire to destroy the Dark Tower which maintains the balance of all the universes.

The bands exists since 2007, any funny stories or strange things that you noticed over the years?

It’s not so funny, but now in 2020 there is only our drummer who keeps all his long hair ….

In May – if all goes well - you will play at Kraken Metal Rock Fest 7, what can we expect?

5 Guys on stage and really enjoying to do that, we’ll share our music with passion.

What are the other planned and confirmed gigs?

Chadrac fest in France on april 4th, in Luxembourg (TBA)the 1th of august, the 8th of august, the Wood Rock n roll 4 in Bois (France) the 29th of august (Bike Fest in Bourbach, France) and many others to announce , we hope so ..

My classic last question: do you have something to close this interview or is there a question I should have asked you (and answer to it)?

Why did you still make music maybe ??

Because it’s the only way for us to feel completely alive, in society, communication is more and more difficult, music can make people communicate intensely and what is better than the communion of people who sing our songs, it may be a short-term pleasure, but is not happiness the sum of these little pleasures?